As an EDC and knife enthusiast, I have to say I haven’t really given cheese knives their time in the sun. To be brutally honest, I’ve used my regular kitchen knife to cut cheese, dice veggies, apply peanut butter, and do pretty much anything a knife needs to do, and I have to understand that’s a mortal sin, not incomparable drinking good wine from a plastic cup. To remedy my manners (and because I’m a cheese lover who doesn’t appreciate struggling with cheeses that are too hard, crumbly, or sticky), I decided to look for the perfect charcuterie knife, only to discover that there are separate knives for hard cheese, creamy cheeses, crumbly cheeses and other charcuterie elements such as meats, breads, grapes, olives, etc. Until I came across the Revel, an ever-capable cheese knife designed by 36-year-old French gastronome Jérémy Laubriat. The Revel is nothing like a knife you have in your kitchen – mainly because it’s designed to handle literally every element of a charcuterie board, from cheeses to tough meats, sourdough bread and even the occasional sour fruit to add to the cheesy richness. Reduce. 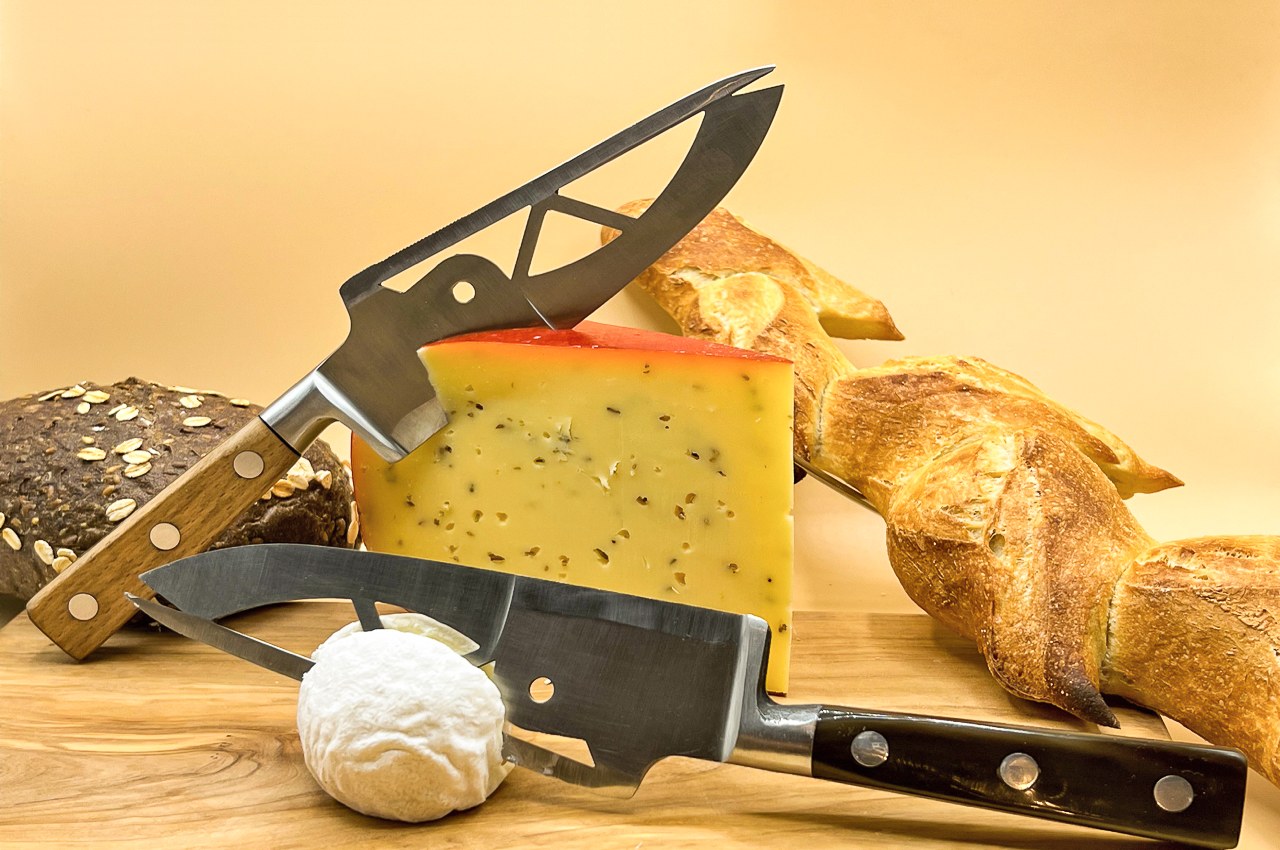 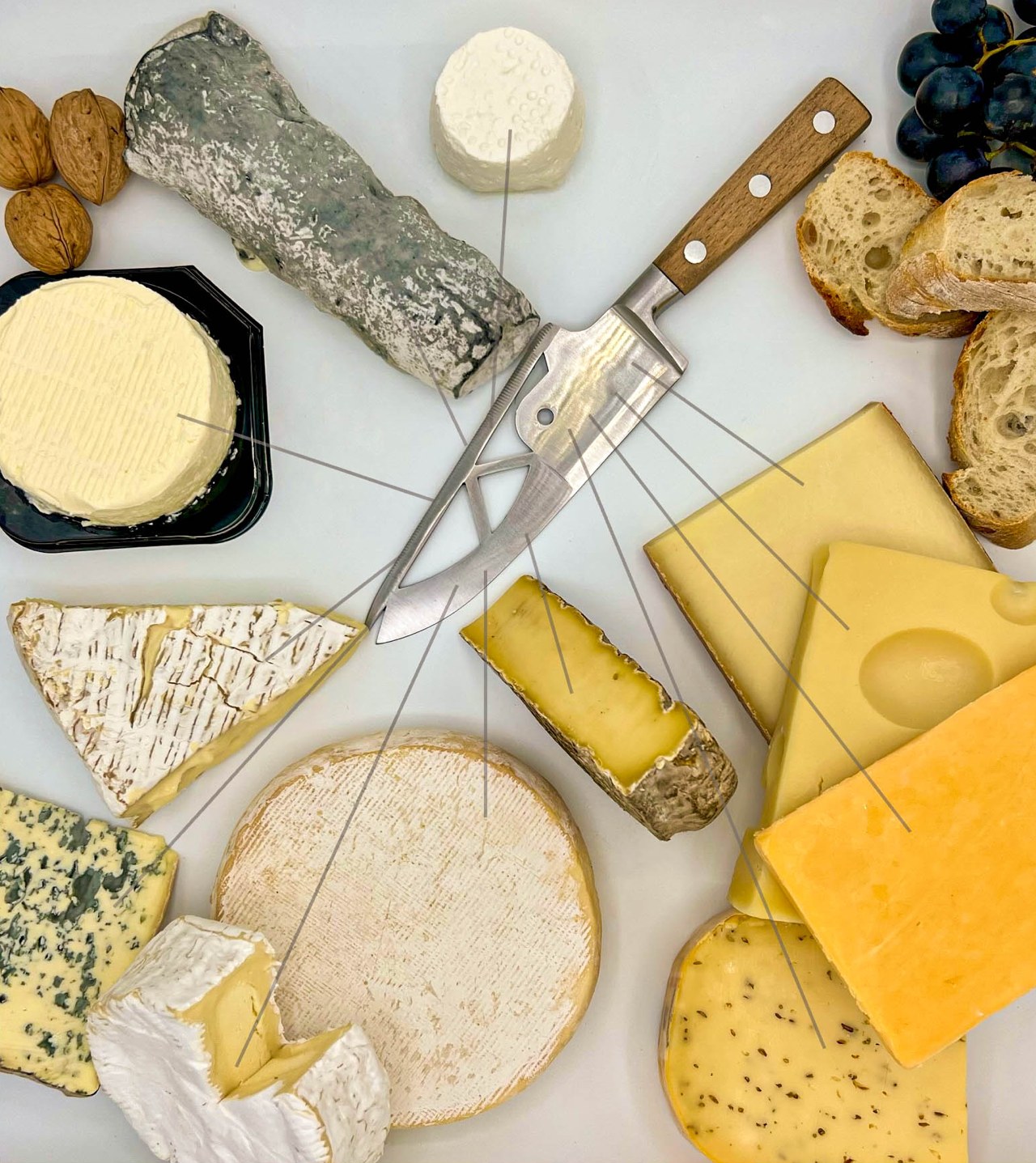 The Revel knife mainly fulfills four broad tasks with its four different blade styles. A smooth edge with a curved profile works well for cutting through soft cheeses such as Brie and Camembert, while the back of the smooth edge has a wider axe-shaped blade designed to cut through hard cheese. Rotate the knife 360° and you have a serrated edge that works wonderfully with delicate cheeses such as fresh mozzarella or feta, or even for cutting bread. To pick up the cheeses, as well as pieces of bread, meat or fruits such as olives, the knife has a forked tip which is great for piercing and lifting items. 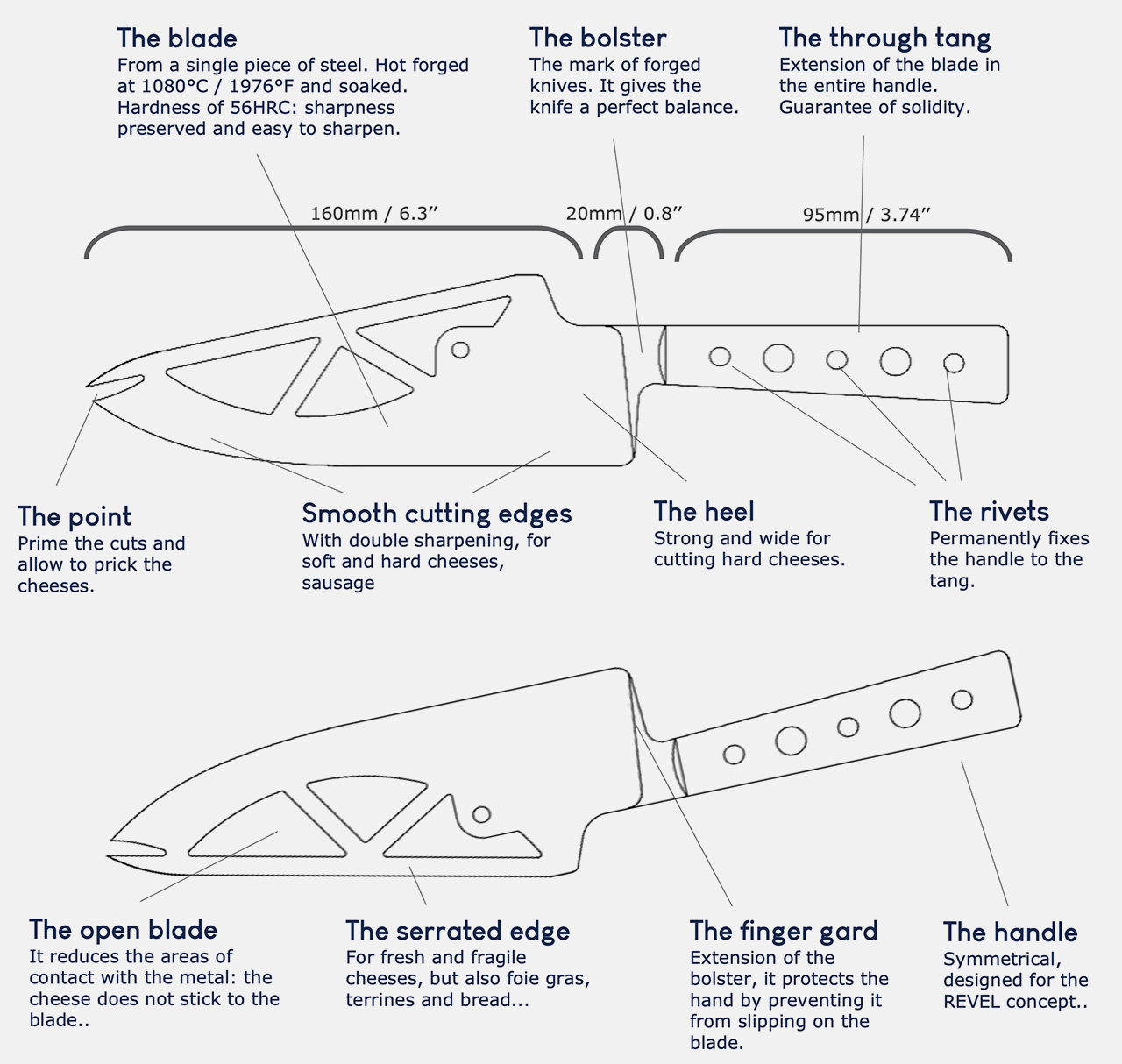 Cutouts in the blade work in a clever way by not only making it lighter (and giving you more agility with your wrist), but also preventing the cheese from sticking to the blade as you cut through. In doing so, the Revel honors and respects the cheeses and cured meats by giving them proper treatment in a way that would truly appease the perfectionist chefs of France and Italy. 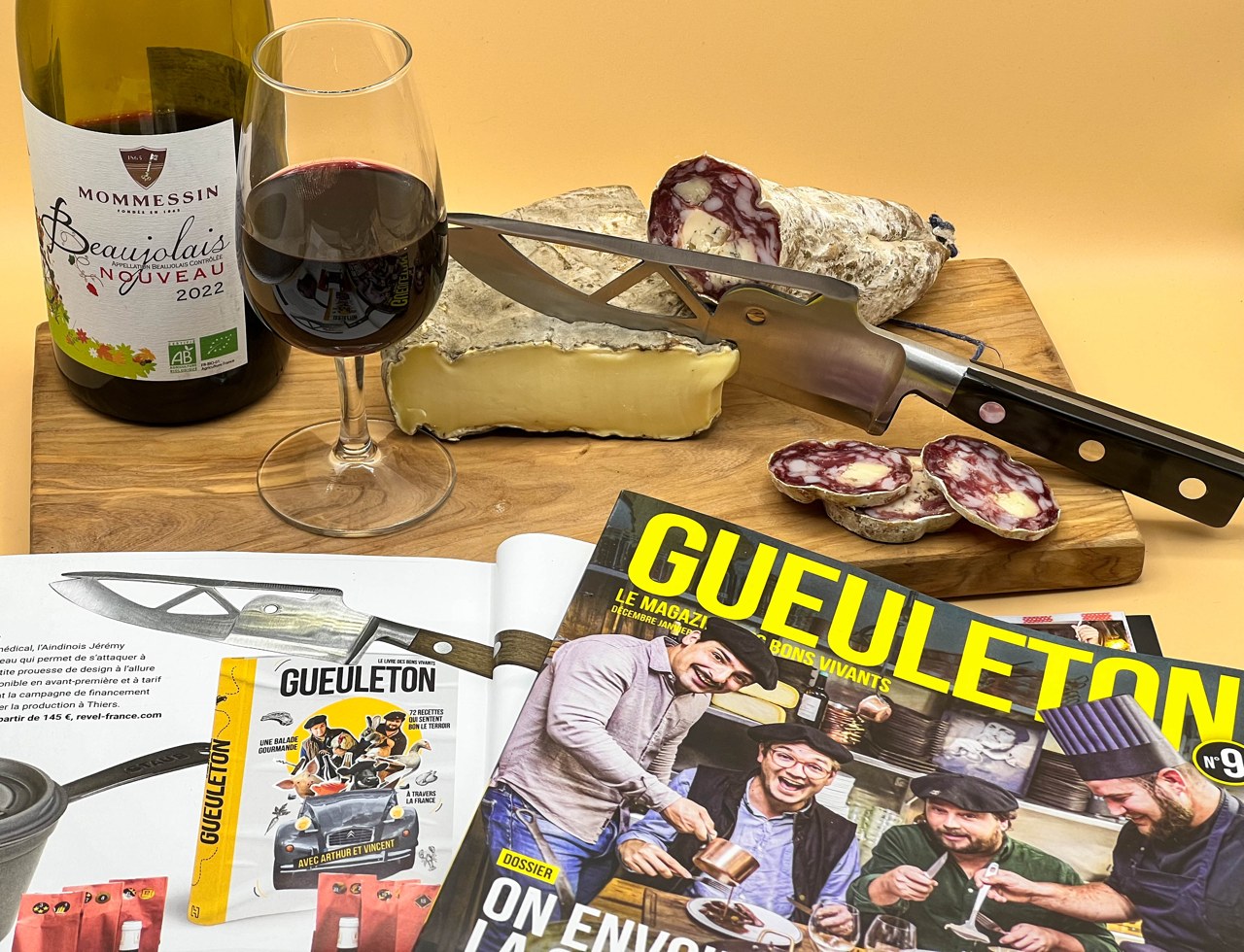 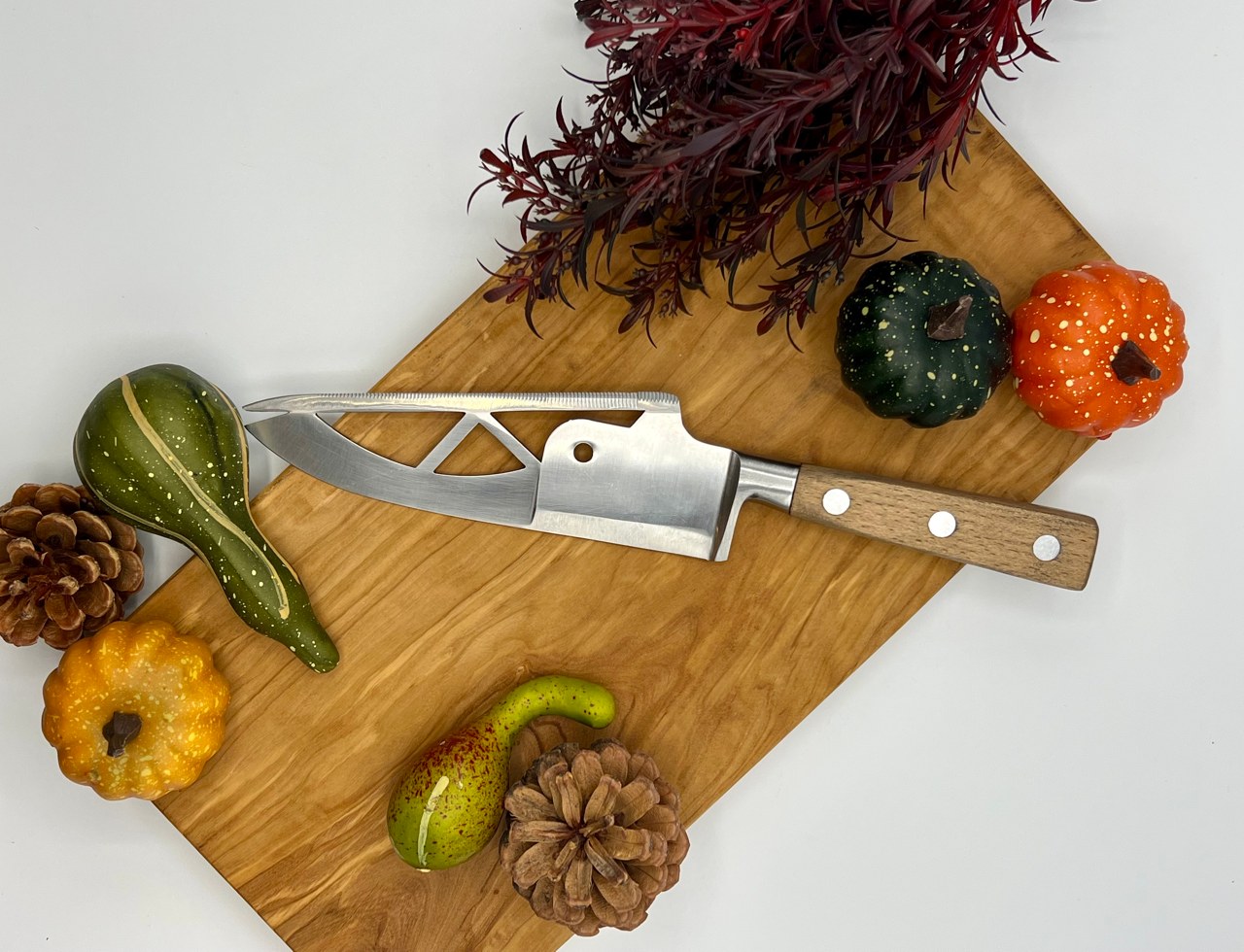 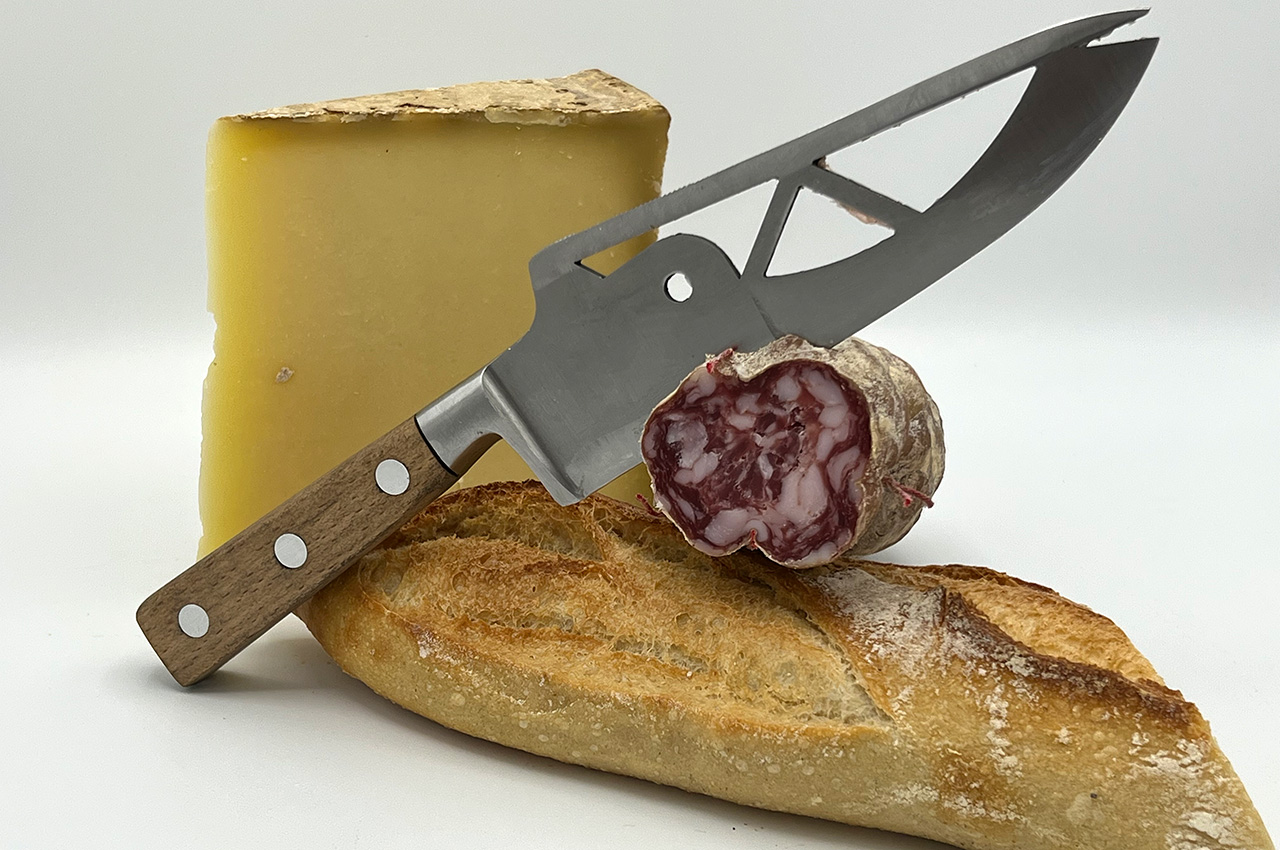 The design of the knife was an iterative one-year process for Jérémy, visiting Thiers, the capital of French cutlery, to help create prototypes. The knife is made by incredibly skilled artisans who are responsible for making the world’s finest cutlery. It is forged from steel and treated for durability over time. Each knife has a full tang that extends all the way to the end of the handle and is sandwiched between two pieces of olive wood that not only give the Revel knife its signature appeal, but also pay homage to the great role olives and olive oil play in the European gastronomic process. If you really want to take your fromage game to the next level, the Revel knife is also available with a buffalo horn handle and a pressed amber handle.

The new Fortnite PS5 graphics are out of this world